Does “Sales” Really Belong in The Credit Union Industry?

A few years ago, I published an article on a popular professional networking platform titled, “How to Cut Excuses and Sell More During the Holidays.” The article discussed and provided examples on how the holiday season is one of the best times to promote products and services that help save members time and money.

The article was well received by many credit union professionals, but a comment made by one of them shocked me. The comment was made by a rather influential credit union Chief Marketing Officer. It read something like this, “Give your members a break. They don’t want to be sold to at this time of year.”

This is not the first time I have heard this perspective on sales shared by a senior-level credit union leader. Many times, I have been told during prospecting calls and training workshops that selling is “evil,” “bad,” a “conflict of interests,” or, “not something we will ever do at our credit union.”

Comments like these have caused me to pause and consider this issue objectively. First, are these opinions true? Is there something about selling that I, and many other credit union professionals don’t see or understand? Is selling a burden on members, a conflict of interest, and serving only the credit union’s or salesperson’s needs? If so, then selling has no place in the credit union industry. Afterall, credit unions are “People Helping People.” And by these definitions, selling is not helpful but rather greedy.

So, is this true? Is selling a burden to the membership and only about greed and growth. Does selling compete with the goals and mission of the credit union industry? The answer is no. And here are a few thoughts as to why.

There is an Incorrect Perception of What Selling Is

For some people, and many in the credit union world, when they hear “sales,” their minds reflexively turn to words like pushy, dishonest, salesy, and fake. Many also turn to experiences they have had withn individuals who sold to them in this way. When a response to the word or thought of selling is so negative, it is easy to understand why someone would have a negative perception of it. However, selling is not any of those things.

What is selling? Selling is the process of assisting a member in achieving her financial needs, wants, and dreams. Selling is something you do with the member, not to the member. It is about advising the member to reach her financial goals. When your team involves the member in the selling process, there really is no way of being pushy, fake, evil, or greedy.

Consider this true story (names have been adjusted). While helping a member (John) with a check deposit, Shanna, a credit union teller, noticed a withdrawal from a known credit card company coming from John’s checking account. Shanna asks John a few questions and learns his card is carrying a balance at a very high interest rate. Shanna takes a moment to share how John could benefit from transferring his balance to the credit union and refers him to one of the Branch’s loan officers. Thirty minutes later, John has opened a credit card and has transferred his balance, saving him over two thousand dollars in interest.

In this example, who benefitted? If your answer is “everyone” you are correct and here is how:

Now, imagine if Shanna had a misperception of selling? Imagine if she saw the withdrawal, but because she believed, “if the member wanted his credit card with us, he would have asked,” or “bringing up the withdrawal is snooping” or, “asking the member if he is ‘interested’ in bringing his credit card balance over is salesy and pushy.” Would Shanna have brought it up? She would likely not, which would have caused everyone to be the looser.

Every day these incorrect perceptions hold credit unions back from actually serving their members at the highest levels possible. The ultimate losers are the members and membership. And this is why we say at SalesCU…

The Role of Selling is Misunderstood

You are already selling, so you might as well get good at it.

When a misunderstanding about selling exists, when a member-facing team member misunderstands his role, the member and the credit union both suffer. Team members erroneously believe that new product or service requests are simply part of their servicing role. They make recommendations from the perspective that they are simply servicing the member. Everything becomes a service to the member, rather than what it truly is, a sale. That can be dangerous for the credit union. Here are a few reasons how that can be dangerous.

First, the employee believes the member will see the product or service through to completion. Because of this false assumption, there is little ownership taken, little commitment and follow-through, and many sales opportunities fall through the cracks. The member doesn’t go without; rather, she’ll just go somewhere else…

Second, members often end up with the product or service they ask for, rather than the one that will actually fill their true needs.

“New customers self-select the best products for their financial needs only 30 percent of the time. This lack of understanding of products and services is an opportunity for your financial institution to demonstrate the value you provide by guiding customers to wise financial choices using interactive dialogues.”

The third danger in seeing a sales request as a service request is that it causes the credit union to suffer from imbalanced growth and little diversity in its revenue channels.

When a team member sees his role correctly, as a salesperson for the credit union who also services the member’s account, he will be more successful at capturing the full relationship, diversifying the credit union’s revenue sources, and creating growth from existing and new members. In my experience, this is almost everything credit union executives look for from their team, but struggle to cultivate.

It’s time for credit unions to see sales from a positive perspective. Intentional selling is critical to the success of the credit union. It does belong in the industry because it is at the heart of just about everything a credit union does for its membership. When credit union leaders accept this, they are able to craft a positive, energetic approach to selling that team members can get behind and champion with their membership. When selling includes the member, is done for the purpose of helping her improve her financial life and get everything she can out of her credit union membership, everyone wins. 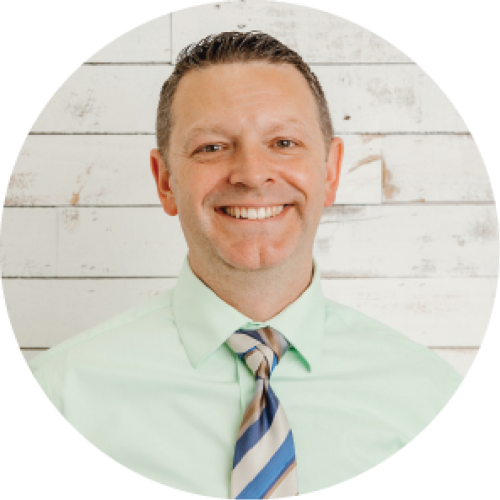 The CEO Evaluation and Performance Review

One of the most important responsibilities of any credit...